Is this how every adult is born?
Hair choking on a color it's never been before; eyes itching furtively over a rash decision decorating the skin? Sleep schedules that barely make sense; duffle bags under the eyes, aches you thought only the elderly were supposed to have; a deep, abiding loneliness shrieking (and looking oddly familiar, like a six-year-old version of yourself) at the edge of your brain while you pacify strangers on the job? "It gets better, but it never goes away," is what I've been told. Now to reconcile with this fact and figure out how to keep going, like the other teens trapped in adult bodies are doing.

I feel stunted in comparison to my co-workers, like they can see the insecurity all over me at any given moment. Working in the hospitality industry is like being out in the open sea: it's all wonderful and exciting until the Jaws theme starts playing, and a few sinister fins begin circling nearby.

Today, I reacted with too much surprise when a coworker asked if I had any kids.

"You do look like a child. Very naïve and innocent," he'd responded. "It's not unusual for people younger than you to have kids."

He wasn't being mean. I immediately felt about as tall as a pea, though.

Terrell and I open for dear Steven Fenley on Thursday night. I'm nervous because the song I've been asked to bring is so new and so Girl Power, and the play Steven is in is more God Power and will be performed in a church. I've never played anything but Jealous Yahweh and Christian music in church. This is going to be weird.

Or maybe it'll be fine. I have a tendency to overthink. Hence, blog. 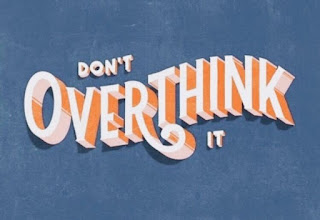